Congressman Steve Scalise is a fighter and we are excited that he is coming to #RallytheRed in VA-05.

There is NO COST TO ATTEND THE RALLY. The rally will be held, rain or shine.

Steve Scalise proudly represents the First Congressional District of Louisiana, stretching from the beautiful Northshore of Lake Pontchartrain and the culturally distinct New Orleans suburbs to the vibrant bayous and wetlands abundant in natural resources. He was elected to Congress in 2008 after serving in the Louisiana State Legislature from 1996-2008. He serves his colleagues as the House Republican Whip, the second highest position in House Republican leadership.

Critically wounded at a Congressional baseball practice on June 14, 2017, Scalise was saved by a heroic response from U.S. Capitol Police Special Agents and Alexandria Police Officers. Scalise fought for his life and returned to Congress, inspiring the nation with his resilience and optimism. Throughout his recovery, he was moved by the outpouring of prayers and support he and his family received from the American people.

Get the Latest Updates

Signup to get the latest news and information from the campaign. 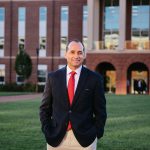