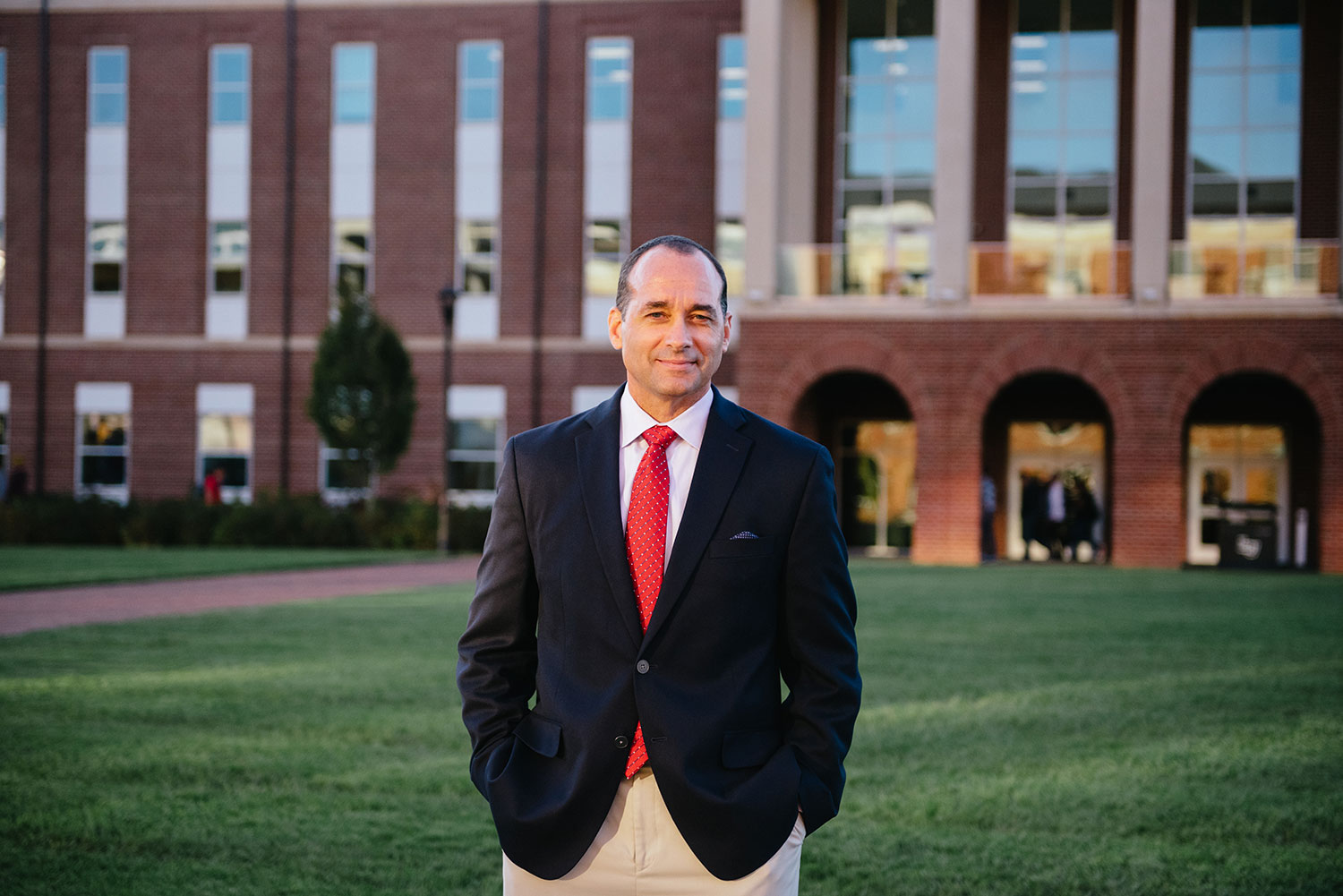 Born in Pennsylvania before moving to New Jersey, Bob’s family relocated to Lynchburg, Virginia when he was 9 years old and his father decided to attend seminary.  One of four boys, he grew up in a modest home and learned the importance and necessity of hard work from a young age.  Because his family often struggled for the bare necessities, Bob learned to appreciate the generosity of friends and others who provided assistance to his family during those financially challenging periods of his childhood.

Thanks to the continued benevolence of others, Bob was able to attend high school at Liberty Christian Academy, and he and his brothers became wrestlers.  His devotion to the sport led to him winning a state championship and a partial scholarship to Liberty University.  Bob’s involvement in wrestling would span four decades as a competitor, coach, administrator, and mentor of young men.  The lessons learned in the sport still impact his life today, along with the young men that he was able to influence over many years.

Bob graduated from Liberty University in 1988 and soon married his college sweetheart, Tracey.  With a degree in Finance, he was hired by CitiFinancial in their lending division.  During his 17-year tenure, Bob ascended from branch manager, to area training director, and eventually to district manager, overseeing operations in northern Georgia, southeastern Tennessee, and ultimately central and southwest Virginia.

Bob left CitiFinancial in 2005 to accept a position as Sr. Associate Athletic Director for Development and Executive Director of the Flames Club at his alma mater, Liberty University.  During his nearly 15 years at Liberty, he raised $20 million to help student-athletes from all backgrounds experience the opportunity to receive an outstanding Christ-centered education while competing in NCAA Division I athletics.  Liberty’s stated mission to Train Champions for Christ had a profound impact upon Bob as a student-athlete and inspired his decades-long dedication to the university and the student-athletes who he later helped provide that same opportunity.  He completed his MBA in Leadership from Liberty in 2010.

Bob is a born-again Christian, and his devotion to his faith is the guiding influence in his life.  He served more than 15 years as an adult Sunday school teacher, and for 10 years as a church deacon.

Elected to office in 2015, Bob served on the Campbell County Board of Supervisors and completed his term in December of 2019.  During his time on the board, Bob was known for his staunch positions on reducing taxes and regulations, encouraging economic growth, and prioritizing funding for law enforcement and public safety.  In addition, Bob was a vocal supporter of the Second Amendment, preservation of our right-to-work laws, and protector of the rights of individual property owners.

Bob has been married to Tracey for over 30 years and is the proud father of three grown children:  Patrick, Sydney, and Conner.